The Childrens Hospital  Denver, Colorado
Coordinated the entire structural drafting efforts on the 1.2 million square foot inpatient and outpatient hospital with associated clinic and office space. The project includes two multi-level structured parking for over 1,900 cars. The structural system for the main hospital consists of composite steel beams and girders, in a 27-foot bay configuration. The foundation consists of cast-in-place drilled piers into bedrock. 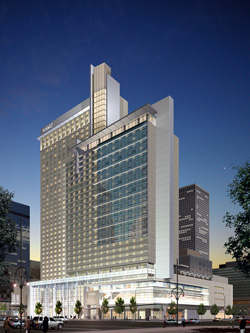 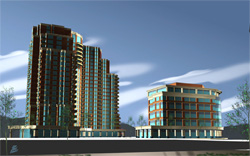 REMAX - International Headquarters - Denver, CO
Structural drafting for a new 230,000 sq. Ft. 14-Story Office Building that included a 3D BIM model used to coordinate with other building systems for geometric interfacing. The data was also input into a 4D model, used by the contractor to track construction sequencing and collision checking in a graphical representation. The BIM model greatly reduced questions during this phase.

Fitzsimmons Library  Aurora, CO
Structural drafting for a three-story, 107,000 square foot library building in the Commons district of the Fitzsimons Campus. The floor and roof systems of the building consist of one-way, cast-in-place concrete joists and beams. Large, elliptical floor openings in the second floor accommodate stair and atrium elements. The buildings foundation is spread footings.

Newton Auditorium  Denver, CO
On this project, the design team faced a daunting challenge  to preserve the historic existing perimeter walls and seven sets of paired columns while completely gutting and demolishing the inside of the building. As part of the redesign of the theater, the relocation of the fly tower, which sits above the stage and flies scenes into position, as well as a quarter of the roof was extremely complex. From a drafting standpoint this project required complete accuracy to assist the contractor. 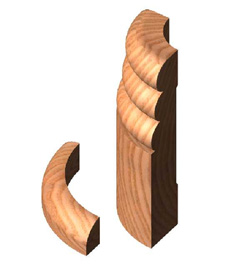 Schacht Mill Works Molding Catalog - Lafayette, Colorado
A 300+ page manufacturer catalogue consisting of over 1000 isometric molding profiles, and 50+ 3D images of unique shapes which could not be represented accurately as an isometric. A companion CD was also created which includes an online catalogue, a menu system, and 2D symbol library to be given to architects and designers so they can spec, and insert exact molding profiles into their drawings

Revit®, Revit Architecture®, Revit Structure®, AutoCAD® and Autodesk Buzzaw® are registered trademarks of Autodesk, Inc., in the USA and/or other countries.